The second annual Leadership and Lattes was held on January 18, 2017 at the Boat House Restaurant at Confluence Park. This event focused on building women leaders in the Columbus community by bridging established leaders with women of all ages and featured a panel discussion from three of Columbus’ most influential and notable leaders.

Almost 70 people (League members as well as a large contingent of community members) were in attendance. The Junior League of Columbus welcomed employees from Eastman and Smith, who was a table sponsor. Those in attendance were able to hear from Jane Grote Abell, CEO of Donatos; Kelley Griesmer, Columbus Foundation and founder of Pelotonia; and Elizabeth Brown, Columbus City Council.

The panel told their stories and how they got to be where they are and offer recommendations to the audience. The women discussed their leadership roles and experiences in their respective fields of corporate, nonprofit, and government work. Jane focused on the 4 C’s of Success (Character, Courage, Conviction, Compassion) from her book “The Missing Piece”. Afterwards, Jane held a meet & greet book signing to allow guests to speak with her and sign their personal copies of “The Missing Piece.” All proceeds of the book benefited the Reeb Avenue Center. It was truly a great night, where the audience wished we could hear more! 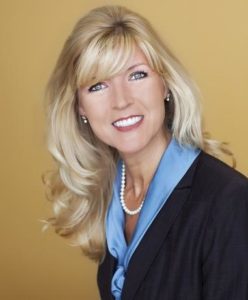 A founding family member of Donatos Pizza, Jane Grote Abell currently holds the title of Chairwoman of the Board. Over the last four decades, Jane has held a variety of positions at both Donatos Pizza and Jane’s Dough Foods, including Chief Executive Officer.

In 2003, Jane was a major catalyst behind the decision to purchase Donatos back from McDonald’s. Following the buy back, Jane led the company through a $10.5 million turnaround.

Since taking over as Chairwoman of the Board in 2010, Jane has had time to focus on work outside of Donatos. Because her roots trace back to the first store on Thurman Avenue on Columbus’ south side, she and her family remain committed to the area’s success. Evidence of this was the nearly $2 million donation that the Grote family contributed to help a city plan to revive the South Parsons Corridor. She has been an advocate for this project from its inception in 2012 and, along with Tanny Crane, cofounded the Reeb Avenue Center, a social-services center housing 14 non-profits that focus on education and workforce development and South Side Roots Café and Market, a pay-it-forward café and affordable fresh foods market.

Jane is a founding member of the Ross Leadership Institute and serves as a member of the Columbus Partnership and the Otterbein Women’s Leadership Advisory Council. She sits on the Board of Directors for the Reeb Avenue Center, Action for Children, Experience Columbus and I Know I Can. Jane Grote Abell Jane has received a number of awards and recognitions. In the last 5-years alone, she was named to the YWCA Columbus Academy of Women of Achievement, CEO of the Year by Columbus CEO Magazine and a Top 24 Women in Franchising by Franchise Update Magazine.

Jane was also featured in CBS’s hit series Undercover Boss where she donned a disguise and went undercover in Donatos restaurants. In 2015, Jane released her first book “THE MISSING PIECE: Doing Business the Donatos Way”. Jane and her husband Tom reside in Columbus. Together they are parents to Tony, married to Hannah, Brianna, Tori, Kenny, Charlie and Joey 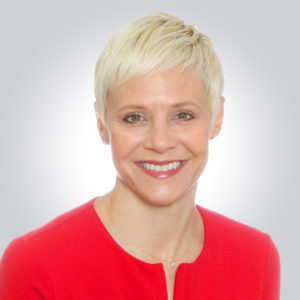 Kelley collaborates with each department at the Foundation to enhance the success of its community-wide philanthropic efforts and create new opportunities for growth and social impact. She also assists in providing customized philanthropic services to donors and their families.

Prior to joining the Foundation, Kelley was one of the founding team members at Pelotonia, a grassroots bike tour that has raised more than $100 million for cancer research at The Ohio State University Comprehensive Cancer Center – James Cancer Hospital and Solove Research Institute. Kelley became Pelotonia’s first Director of Operations in 2008 and was promoted to Chief Operating Officer in 2011. As COO, she oversaw all operational aspects of the business, including event management, donor relations and gift processing, financial management and reporting, human resources, and legal issues.

Before working at Pelotonia, Kelley practiced law at Jones Day from 1995 to 2008—focusing on complex commercial litigation—and became partner in 2002. Kelley also clerked for the Kelley Griesmer Honorable Deborah Cook at both the Ninth District Court of Appeals for the State of Ohio and the Ohio Supreme Court from 1993 to 1995.

Kelley holds a bachelor’s degree in journalism and history from Indiana University, where she graduated Phi Beta Kappa. She also holds a juris doctor degree with honors from The Ohio State University Moritz College of Law. To reach Kelley, email kgriesmer@columbusfoundation.org. 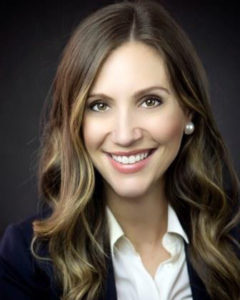 beth Brown was elected in November 2015 to her first term on Columbus City Council, which began January 1, 2016. Previously, Brown served as the manager of Downtown Economic Development, where she collaborated with local businesses to add jobs and encouraged new businesses to move to Columbus. As a part of the city’s economic development team, Brown helped pass legislation adding hundreds of jobs in Columbus. Brown has experience in nonprofit service, as a graduate of the City Year Americorps program. At City Year, she worked with middle school students to improve literacy and implement service-learning projects

in public schools. She has a background in state, federal, and issue politics, as well as in journalism, having been published in New York Magazine, National Public Radio affiliate WOSU, and The Huffington Post. Brown and her husband Patrick Katzenmeyer are activ